How reward based dog training works

You will probably have heard the terms “reward based dog training” or “force-free dog training”. This article explains how these techniques work and why we’re so passionate about them.

What is reward based dog training?

Old fashioned dog training methods were all about teaching the dog to avoid punishment. Reward based dog training is focussed on making the dog feel good about the choices they make and setting them up for success. The dog responds to cues because doing so makes him or her feel good. 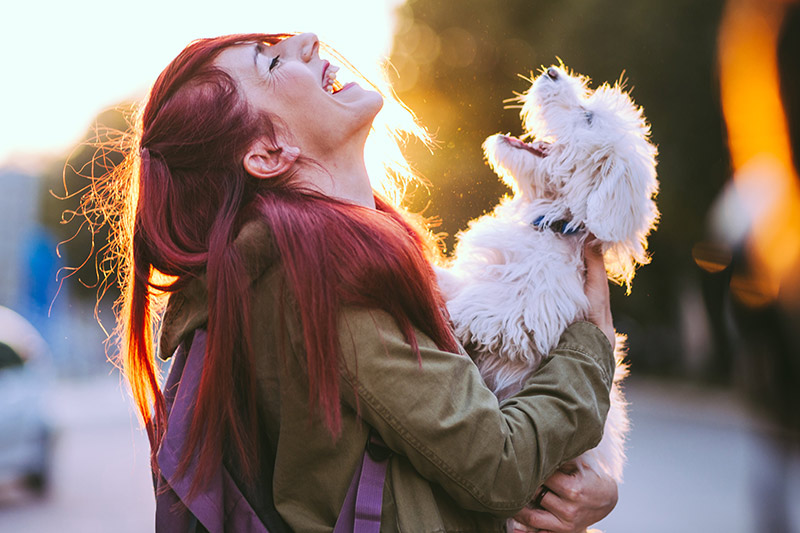 How does reward based training work?
Dogs are mammals, just like us which means that the chemicals in their brains and bodies work in the same way as ours – it’s just their language, culture and communication  that is different to ours. At a very basic level, our behaviour and the way we feel is largely determined by hormones or chemicals within our body.

If something is exciting or stressful our bodies release adrenalin– the fight or flight hormone. And cortisol which helps get our metabolism ready for action.  The chemical response evolved millions of years ago so that when a mammal needed an energy boost – eg to hunt for food or to run away from danger – it was there. However, modern lifestyles mean neither we nor our dogs need to do either and so the metabolic response to stress just makes us feel anxious instead.

When something makes us feel good, we will release dopamine. Dopamine is associated with feelings of bliss and also increased concentration and motivation. It’s also addictive. It’s why we find it so difficult to give up the things that make us feel good, like chocolate, coffee or wine. Ditto for dogs. The things that make them feel good quickly become habits.

Let’s put that in the context of dog training

If your dog is consistently rewarded for a behaviour – say for example every time he is not pulling on the lead and walks nicely beside you – a little bit of dopamine is released. Loose lead walking makes the dog feel good and because it’s associated with good stuff (the dopamine hit) it becomes engrained as a behaviour.

You, as a trainer, can then teach the dog to associate that feel good behaviour with a cue (a word or a hand signal). Bingo! You have trained your dog to do something. It was easy and painless, it just needed lots of repetitions so that your dog’s brain could make the association – we’ll investigate that more in a moment.

Conversely when an old fashioned trainer would bark out a command that the dog didn’t understand and then use physical force like yanking a collar to create the behaviour; that released adrenaline and cortisol and induced feelings of anxiety. Some will try to make this type of training seem less harmful by rewarding the dog after punishing them, but sadly this leaves the dog fearful and even more confused. The dog would learn to associate training sessions with pain and distress and – well – you can see why I won’t even entertain the old ways.

How does practise make perfect?
It’s time to talk neural pathways.  I know, it sounds complicated but it really isn’t.  Your dog’s brain (and yours) is made up of billions of nerve cells called neurons. Each can one “talk” to its neighbours using chemical transmitters. And boy, do they talk quickly!

I’m going back to humans for a moment just to make it easier to explain how the brain learns.

Picture a baby sitting in its high chair.  It has a spoon in one hand and a bowl of food in front of it and there is food spread everywhere! On the chair, on the baby’s face, in its hair and even on the floor and the walls. Yuk! Now fast forward 5 years and the child has mastered spooning all of the food into its mouth without spilling it and seemingly without concentrating hard.

What has happened over time is the child’s brain has developed a series of neural pathways. The baby knows that it needs to load food onto the spoon and then steer the spoon to its mouth. However, its brain hasn’t quite worked out how to get the message to its hands and arms for each and every stage of the operation.  Every time baby gets something right, the brain has a little celebration, dopamine is released and the action is more likely to happen next time.

If you’ve ever watched a baby as it learns, you’ll notice too that it learns the last part of the operation first. Ie spoon into mouth is learned before “load spoon with food” and “balance food all the way from bowl to mouth”.  That’s relevant to dog training too – we’ll get to that in a moment.

What repeated behaviours does within the brain
Now imagine the brain is like a big grassy meadow with a hill in the middle– strange analogy I know but it will all make sense in a moment.

You can’t see the far side of the meadow but you know there’s an apple tree there with really tasty fruit. You feel hungry so you set off across the meadow in search of food. You have no idea which way to go so you head off in a random direction.  You zig zag all over the place until you find the tree, get your reward (an apple and a feel-good dopamine hit) and then zig zag home again.

Next time your tummy rumbles, you set off across the meadow again, but this time you know roughly where to go, there’s less zig zagging but you still haven’t found a direct route.

After a few repetitions, you will find that the grass blades have remembered which way you went and there’s a faint pathway visible in places. Great. Now you have a bit more direction you can get your reward faster.

Many, many repetitions later and you have worn a path across the meadow. The journey is quick, easy and pretty much automatic.

Now.  If the meadow represents a brain, each blade of grass represents a neurone (brain cell). Lots of repetitions of a behaviour have created a pathway from cue (tummy rumbling) to reward (apple) and the response becomes almost automated.

That was a long-winded explanation but hopefully you can see how reward based training with consistent rewards brings speedy responses that become habit for your dog.

Using brain physiology to shape behaviour
I did promise I’d tell you how learning in stages relates to dog training. And now that you know how neural pathways work it will make sense to you.

Asking your dog to learn something that involves several different behaviours is like a baby learning how to feed itself. Each part of the behaviour and/or the cue that is associated with it needs to be taught separately and then you can add the segments together.

A simple retrieve would be a good example. Ultimately you will be asking your dog to

When we teach the retrieve, we start with the delivery, then the hold and then the search and collect.  A bit like baby learning to put spoon in mouth before it perfects the art of spoon to mouth and load spoon with food.

To sum up
Phew – that felt like a very long, very technical article. So what was in it? A couple more points

Now to put all that learning into practice
What will you teach your dog today?