SEASONAL CANINE ILLNESS
Every year, as autumn approaches, many of us with dogs start to worry about the risk of Seasonal Canine Illness. After hearing about several cases already this year, we wanted to help share some accurate information from local veterinarians about this scary condition, so you can take appropriate precautions to keep your best friend safe.
What is Seasonal Canine Illness?
Seasonal Canine Illness is a poorly-understood and potentially life-threatening condition which most commonly occurs in the autumn months. Symptoms typically appear 24-72 hours after dogs have been walked in woodland. Symptoms can progress very quickly, becoming serious within hours.

The main symptom of Seasonal Canine Illness is vomiting, with lethargy and diarrhoea also being common. Many symptoms of SCI are similar to those of more easily-treated issues, such as gastrointestinal upset – this means we need to be especially vigilant. Try not to panic that your dog has CSI until you have consulted your vet, but equally remember to be cautious and not assume that your dog has simply eaten something yucky! Even these more easily-treated issues can benefit from quick treatment, so it’s important to call your dog ASAP if you notice symptoms – especially if you know you have been recently walking in woodland.

What to do if your dog is showing signs of Seasonal Canine Illness?
Seasonal Canine Illness can be life-threatening, and may progress quickly. Time is of the essence. If your dog is left untreated, it can quickly lead to dehydration and even death. For this reason, it is important you contact your vet ASAP when you notice symptoms – especially if you have been in a woodland area within the last few days. Call your vets immediately, even if it is out of hours – all surgeries will have an emergency service in place. Contact information for out of hours services will be on the practice’s website or their answer phone message – it is well worth looking up your vet practice’s emergency contact details and having them saved, so you don’t have to waste time in an emergency finding the right number. 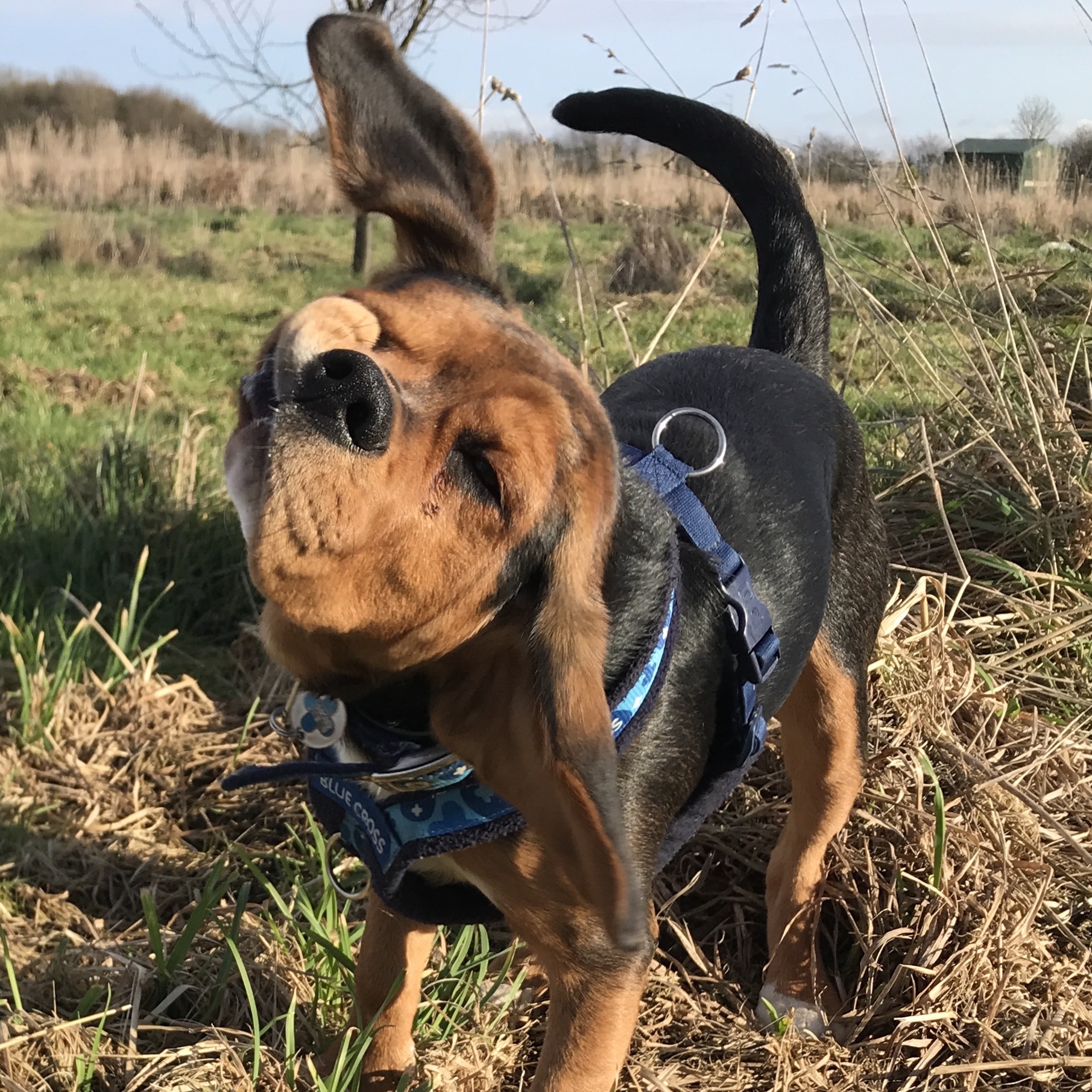 What causes Seasonal Canine Illness?
The exact cause of SCI has been a huge topic of debate and, so far, research has not found a conclusive answer. The most popular theory is that it is caused by an infection of harvest mites, as they have been found on many dogs afflicted with CSI.

What is a Harvest Mite?
Often called “chiggers,” harvest mites are small, orange bugs. They can be found in many environments, but are most common in low, damp areas such as woodlands. They are biting insects, jumping from vegetation onto a host – they have been known to bite humans as well as dogs, cats and rabbits. They are just about visible to the naked eye as tiny orange dots, and they will feed on their host for two to three days. They can typically be found on areas where skin is thinnest, such as our dogs’ ears or between their toes. They can also be found on the stomach, lips, chin or armpits.

How is Seasonal Canine Illness diagnosed and treated?
It can be very difficult for a vet to diagnose SCI – both because so little is known about the condition and because the symptoms are so similar to many other conditions. If your dog is hospitalised, they may be given IV fluids to prevent dehydration, prescribed anti-sickness medications and possibly antibiotics. Your vet my need to run scans and/or blood tests to rule out various causes of your dog’s symptoms. If mites are found on your pup, your vet may prescribe something to help get rid of them.

How can you prevent Seasonal Canine Illness?
Preventing CSI is difficult – advice is limited because the condition is still not fully understood. Common advice to reduce the risk of your dog contracting CSI include:

Using a lead on woodland walks, to keep your dog out of denser vegetation

Ensure your dog is well hydrated

Check your dog regularly for mites, especially when you’ve been walking in woodland

Raise awareness by sharing information about this disease with others

What is the Seasonal Canine Illness Survival Rate?
The Animal Health Trust which led the way in research into Seasonal Canine Illness advised the prognosis is good for dogs treated early and appropriately. In 2010, when Seasonal Canine Illness was first reported, 20% of the cases recorded died. Two years later fewer than 2% died and this continues to be the case. Most dogs that were given prompt intensive veterinary care recovered within 7 to 10 days and were then allowed to return home.